With a terrorist attack imminent in the city of London, Zak and Emma two MI5 operatives are called in to assess and deal with the threat. They have to work fast to gather intelligence, and avoid the deaths of hundreds, possibly thousands of innocent people.

As the mission heats up, so does the temperature between their sheets.

After witnessing the death of two of his colleagues whilst on patrol in Northern Ireland by the Provisional IRA, Zak is driven down a road of revenge, and with nothing but vengeance on his mind he was unprepared for his path to cross with

the beautiful Delores. Their first meeting is electric, and his plans for revenge are put on hold as his desire for her takes over, but he soon realises that his passions are reciprocated as Delores has her own plans to ‘have’ him at all costs. 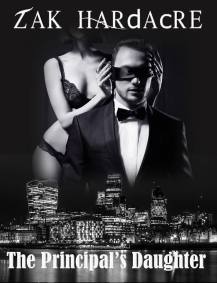 It is a universally accepted theory that once an adrenaline junkie, always an adrenaline junkie. It had been two years since Richard Hunter left the military for a career in the IT sector, and although he had enjoyed his new vocation, he grew to miss the camaraderie and excitement of his former military life.

After completing a course in Close Protection, Richard is given a contract to provide security for an American diplomat at the Embassy in London. There is a possibility of a threat to his life from Middle-Eastern militants of Hezbollah.

Here he comes face to face with his beautiful daughter Pandora. Can he rebuff the advances of this temptress, who has made it her mission to seduce him.

The world of close protection and seduction collide, who will be the winner in this dangerous game? 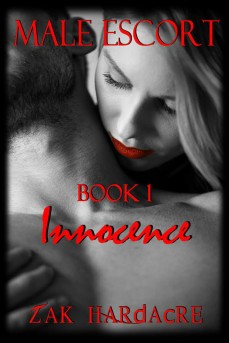 The first in a trilogy of books.

Cillian, is a young rugged virile man from Cork in Ireland.

After an altercation with a gypsy at a wedding venue where he is a bouncer, he needs to flee Ireland to live in England.

A sleepy Wiltshire town, and a chance meeting with Bianca a recently bereaved widow.

Over a period of 48 hours, he experiences things that he never dreamt possible.

A secret room, but what is its purpose?

The books follow him from innocence, through a journey of discovery, until he finally works professionally as a male escort.

After leaving Ireland, Cillian O’Brien has a chance encounter with a lonely German widow. Over a period of forty-eight hours, she introduces him to the unfamiliar world of punishment role play.

Although he is young and innocent he relents to her wishes. The weekend’s activities, stir something in him he can’t quite put his finger on. Being paid for his services is alien to him, but it sets him down a path of self-discovery.

Wanting to get to know more about what he has just experienced, he visits a fetish club in London. There he meets a Dom and his submissive. Being introduced to the Dom by a friend, he witnesses and takes part in the intricacies of training a ‘sub’.

Armed with his new-found knowledge and understanding, he heads for a break in the Mediterranean sun. His choice of location is not by chance. The Spanish resort of Marbella is a magnet for the rich and well-heeled of society.

Enter Savannah a quiet and demure looking older woman. Cillian immediately is attracted to the shy retiring lady. Yet she hides a secret that he must search deep within himself to submit to.

Is this the kind of life that he wants to lead? Is the money a big enough reason to continue? Only on completion of this journey of discovery will those questions be answered 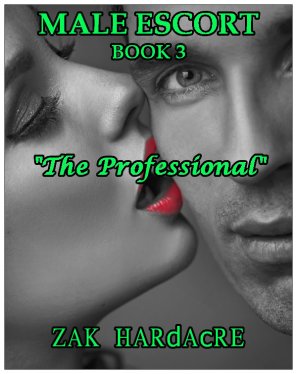 From humble beginnings, the innocent Irishman Cillian O’Brien had begun a journey of self-discovery.

Over an interim period, he has experienced the pain and pleasure of being a dom and a submissive in equal measure.
Returning to the UK after a trip to Spain, he decides his new found experiences might enable him to make a living as a professional male escort.

Working for a top London escort company, and rising quickly through the ranks was something that he had never believed possible.

The only complication to the situation his personal relationship with his boss. This is the driving theme behind the story, will he choose love over money? Or indeed find his true self at the end of this personal journey?

Oliver Tobias is a young man with a troubled past. An under achieving Public Relations executive, all he wants to do is succeed and to fit in. Living his life by obsessions and compulsions the only way to deal with the world today.

Brianna Smart is his Personal Assistant and rock, guiding him through his day to day life. Possessing that empathetic and maternal instinct most women exude. Yet there is something else that she longs for. Finding a man with the strength to make her feel safe, secure and even loved. It may seem like an impossible dream and has almost given up on the idea.

Enter the charismatic, handsome and successful Ashton Granger. A powerful character with a hint of danger about him. The fact that he is one of the country’s top businessmen an added bonus.  A chance meeting with a friend in a night club, ignites a passion and lust in her never before felt.

Three lives entwine, as each of them strive to reach their individual goals. Can Oliver turn things around, becoming accepted and successful in equal measure? Has Brianna found what she is looking for in Ashton, is he the one she has been searching for?

The story will take you through a psychological, dark journey exploring those facets in life we at times wish were kept hidden. Once you open Pandora’s Box is it possible to contain all the evils of the world. As in this ancient artefact only ‘Hope’ will remain. 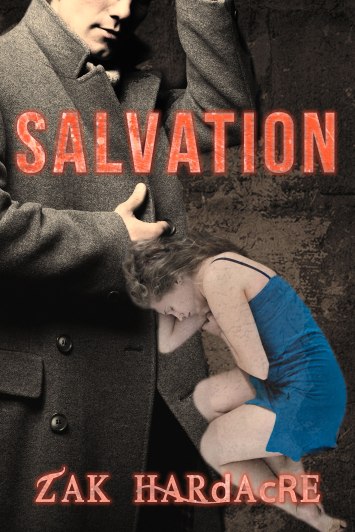 Declan Fitzgerald works in the financial sector of London.  It’s a profession filled with testosterone fueled males and ambitious females. A narcissistic yet introverted ex-soldier, he finds himself single again when his girlfriend of many years dumps him.

Turning to social media to distract himself, he stumbles across Penelope and is immediately intrigued. Are her sad, desperate posts a cry for help? Over time they connect and eventually meet.

Isolated in the family home since her parents’ murder, Penelope is lost and lonely. Can Declan give her the confidence to leave her self-created prison? Will his affection for her grow? If so, will he repeat the mistakes made in his former relationship?

Two lost souls in search of love, connected by chance and circumstance. A story of loneliness and hope. Can they find happiness despite their pasts? Could Declan be Penelope’s path to salvation? Or Penelope, his? 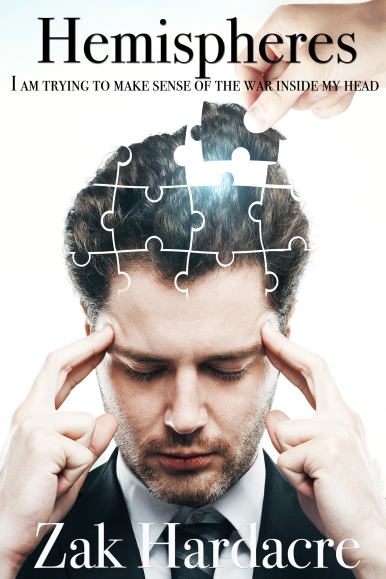 If you were given the choice of being able to cheat deaths icy clutches would you take it? Even if it meant you could no longer have contact with the ones you loved?

That is the dilemma facing sadistic Gabriel Rosenberg, one of New York’s and the country wealthiest property developers.

A futuristic facility, and a sinister modern-day Frankenstein in the guise of Siegfried Kanzler. A pioneering if not entirely legal procedure. A glimmer of hope for those wealthy enough to be able to afford his services.

This story of highs and lows, and the complexities of the human mind and character, will take you on a journey of dark erotica.

The worst memory was when I was still in a coma and I could feel people hold my hand.  I could feel the nurses bathing me, but I couldn’t move or open my eyes.  I just couldn’t do anything and it was terrifying!

Xavier Prince wakes in a hospital bed on a Caribbean island. He has no idea how he got there, or in fact who the hell he is. When his Doctor informs him that he is quite the celebrity, he is determined to uncover his past.

Having only brief recollections, his search is aided by the appearance of a Nordic beauty called Freya. Along with her brother, Lars, they ignite something in his subconscious and he begins his path of self-discovery.

A club, bizarre sexual activities and demonstrations. A world far removed from his rather quiet and sedentary childhood. The death of his father, and the benefit of a healthy inheritance, launch him into the world of business.

Clearing his mind of all pre-conceptions, he embraces this new lifestyle. Yet love, jealousy and betrayal stalk his clouded past. Perhaps they are the reason for his current situation? Will peeling away the layers of time uncover who on earth is Xavier Prince? 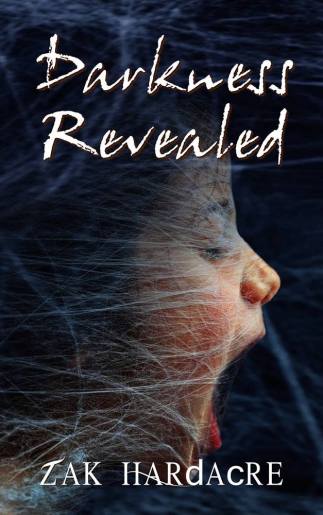 Phoenix Samael has lived an emotional and troubled past. Born and raised by a downtrodden mother and an abusive, alcoholic father was not a good start in life. The day he walked out and left them was one of the most joyous memories, which quickly turned to sadness. His mother being diagnosed with dementia at a young age shaped the person he was to become. It was no surprise after leaving university that his empathetic nature guided him into the nursing profession.

A mental health unit and a fragile, broken young woman, in the guise of Justine Shaw, was a turning point in his life. Her history of horrific sexual and emotional abuse was a darker reflection of his own life. Two souls destined to meet. A spark that kindled a passion, slowly began to burn brightly. Could he distance himself and hide the inner feelings that were emerging? Remaining professional in something he so desperately sought was indeed to be a challenge.

Nightmares of a foreign land, in an age of so-called “Enlightenment”, haunted him every night. Images of depravity and debauchery involving a trio of libertine men, an alien world he was never exposed to. What did the dreams mean? Was he strong enough to deal with the thoughts and cravings they instilled in him?

A chance meeting with an old friend and a mysterious club. Rooms that catered for everything a person could need to fulfill their every wanton desire. Could they assist him in holding back the inner demon and unleashing it on an already tortured soul?

This was to be a battle of wills. Can love prevail over lust, decadence and immorality? In this story of hope and redemption, there can be only one winner.